Learn why Nurole works so well for boards in Education

Through Nurole they appointed Rajiv Garodia, SVP and Global Head at Real Time Payments and former International MD and CEO of in-house Fintech "Pay By Bank App" at Vocalink (a Mastercard Company) and Peter Phippen, Chairman at Bell Educational Services Ltd and Chairman at Texere Ltd.

Rajiv Garodia on bringing commercial acumen to a non-profit board.

""Through Nurole I was appointed Chair of Wildscreen and we have since used them again to hire our new Trustees. I think they’re one of the most impressive organisations in their field and my experience of them, both as a candidate and from the client side, has been wholly positive."" 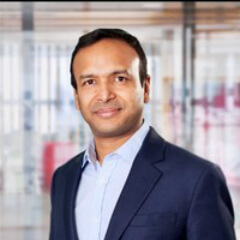 "Nurole turned out to be such a refreshing way to connect with NED roles and organisations seeking to recruit for them. The whole process is simple - starting with great opportunities, easy application, regular updates and quick turnarounds. A new disruptive force in NED searches - Highly recommended!"