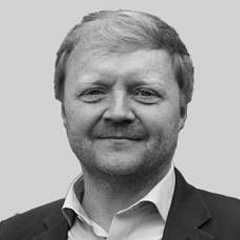 Nurole advertises roles that are consistently interesting and high quality. Thanks to the platform I’m delighted to have been recruited to join the Marshall Aid Commemoration Commission as a trustee. I would strongly encourage charities and NGOs to consider using Nurole's network for recruitment.

Stewart Martin Wood, Baron Wood of Anfield, is a British academic and Labour life peer in the House of Lords.

Lord Wood is a politics tutor at Magdalen College, Oxford University and a member of the Co-operative Party. He has served as an adviser to former Prime Minister Gordon Brown and to former party leader Ed Miliband.

On 15 January 2011, Wood was created a life peer as Baron Wood of Anfield, of Tonbridge in the County of Kent, and was introduced in the House of Lords on 18 January 2011, where he sits as a Labour peer. In 2011, he was also appointed a Shadow Minister without Portfolio, serving as an adviser to Labour Leader Ed Miliband on strategy and international affairs.

He currently sits on the board of the Marshall Aid Commemoration Commission.