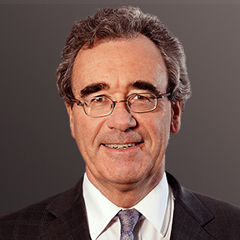 Nurole provides easy access to a much broader range of searches than you might have through traditional headhunters.

John Burgess has over 20 years' experience within private equity, following eight years with Boston Consulting Group in Paris and London, where he became a Partner. Subsequently, he held senior roles with F&C Ventures Ltd and Candover Investments plc before co-founding BC Partners (formerly Baring Capital Investors Ltd) in 1986, where he remained as managing partner until 2005. While at BC Partners, he held directorships of a variety of companies across the UK and Continental Europe.

Since 2005, John has remained actively involved in private equity as well as increasing his investment interests in the public markets. He is currently a Governor of The Royal Academy of Music a non-executive director of Pantheon International PLC, and was previously a director of the Business Growth Fund Plc.