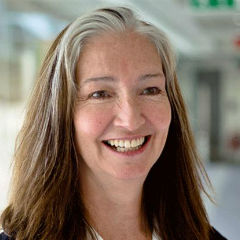 Being notified of high calibre roles by Nurole was much quicker and simpler than following up with a number of different headhunters. The application process was well managed, and I am so pleased to be joining the board of one of Britain's biggest charities, and for a cause that I feel truly passionate about.

Daryl Fielding is director of brand marketing at Vodafone UK. Prior to this, Daryl was vice president of marketing at Kraft Foods Europe GmbH, overseeing a number of brands including Cadbury Dairy Milk and Milka.

Prior to joining Kraft Foods, Daryl was commercial director for UK newspapers, The Independent and The Independent on Sunday, for 18 months, during arguably the most difficult economic climate for newspapers that history has seen. Before her period in the newspaper business Daryl spent 25 years working for advertising agencies. Most recently she worked for Ogilvy, where she was the architect of the outstandingly successful global campaign for Dove’s ‘Campaign for Real Beauty’, which was revolutionary in using real women of all ages, shapes and sizes as models for products.

Daryl began her career in consumer advertising at Chetwynd Haddons, having earned her BSc in Physiology from the University of London. She has lived and worked in the UK and Switzerland. She currently sits on the board of the British Heart Foundation.