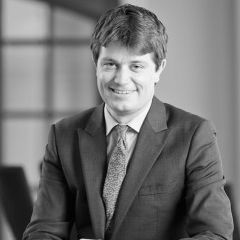 The challenge for anyone with no experience of non-exec roles is that it's hard to come across them. I remember thinking when I got the email from Nurole that that's exactly what's needed because how else would you go about finding these opportunities.

Chris Benson, who is a Principal at Advent was just 32 years old at the time of his appointment to the board of Floreat Education. Given Chris' sector focus at Advent included Education this was a great opportunity for him. Floreat was established in 2014 in order to create a family of world-class schools where every child can flourish. Their belief is that children flourish when they experience an inspiring, knowledge-rich academic education and develop a broad range of character virtues such as honesty, curiosity, perseverance and service to others. Via the Academy Ambassadors, Floreat Education were one of Nurole's earliest adopters and a fantastic example of how Nurole fosters greater diversity on boards.