Established in 2010, Greenbird Integration Technology AS is a Norway-based leading-edge software technology company which has developed the Metercloud product family to address the principal problems facing utilities and the users of other intelligent infrastructures. Greenbird has been profitable from year one and today serves more than 80 Utility clients in the Nordic region. In 2016 it received Series A funding to fund its growth and expansion, with the ambition of becoming the leading Orchestration-as-a-Service (OaaS) provider for Utilities and the operators of Intelligent Infrastructures.

To accelerate growth, Greenbird was seeking to recruit a Chief Revenue Officer to support them in becoming the leading OaaS for the Smart Grid, Smart City and Industrial Internet of Things (IIoT). 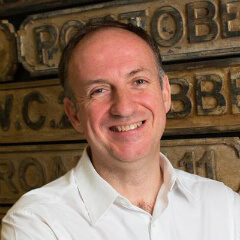 "I was invited to join Nurole, specifically in relation to the Chief Revenue Officer role for Greenbird Integration Technologies AS. Nurole’s platform made the whole process quick and easy, and I am pleased to say that my application was successful. I am impressed by how Nurole was able to find me and present me with a role that so perfectly matched my interests at the right time - when I was thinking about the next step in my career. After having been with Google and other giants most of my career, I felt it time to jump into the start-up world and join a smaller fast-growing technology business."

"We were seeking to recruit a Chief Revenue Officer to support us in becoming the leading Orchestration-as-a-Service (OaaS) provider in the Smart Grid, Smart City and Industrial Internet of Things industry. Through Nurole we found and appointed Andrew Lund, whose expertise from his time at Google made him the perfect match for our needs. We couldn’t be happier with the outcome, and were delighted by how simple and easy the process was thanks to the Nurole platform and the service provided by the Nurole team."